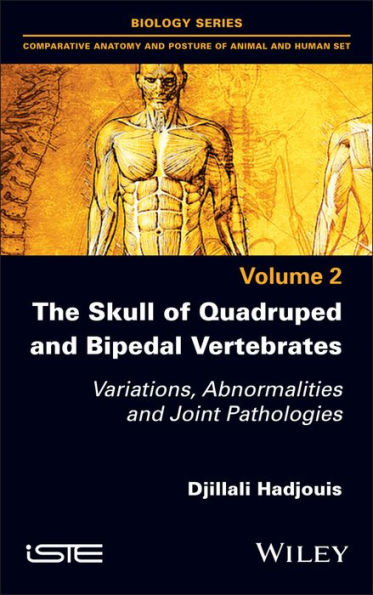 The Skull of Quadruped and Bipedal Vertebrates

This book forms part of the set, Comparative Anatomy and Posture of Animal and Human, and focuses on the skulls of Quaternary mammals and of Man since the acquisition of upright posture.
Although the vast majority of the quadruped fossil species have a balanced postural adaptation, with no asymmetries or maxillo-mandibular dysmorphoses, the Hominine species that has acquired this readjustment of the body as well as a bipedal adaptation to the ground, will experience a series of postural imbalances starting with malocclusion in the genus Homo.
In order to arrive at this conclusion, the cranio-facial architectural biodynamics of several species of fossil and current mammals have been analyzed over three decades. In addition, hundreds of skulls of anatomically modern Hominids have been examined, highlighting their occlusal offsets, variations, anomalies and pathologies.